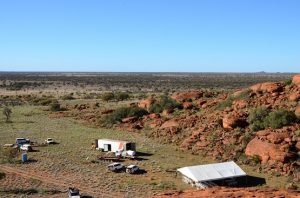 SANTS Chief Executive Officer Keith Thomas says that it has been a decade marked by work in partnership with Aboriginal nations which has achieved native title recognition over more than half of the state.

“As well as gaining native title recognition, we have supported native title bodies in forming and maintaining essential governance to manage their country by providing logistical and legal support.

“I am pleased that our efforts have led to increased recognition and influence for South Australian Aboriginal people and nations” Mr Thomas said.

SANTS Chairperson Yandruwandha Yawarrawarrka man Craig Allen said that SANTS has played an important role in our state over the past decade, helping to make the promise of the Native Title Act a reality in our region.

“It has been a long and sometimes difficult process and has required commitment and resilience by Aboriginal people and nations in South Australia” said Mr Allen.

“The expert support and focus that has been given to this task by staff and directors at SANTS has been crucial to the native title environment that we now see” he said.

SANTS Director and past Chair April Lawrie said that SANTS provides an important focus for the voices of Aboriginal people in South Australia.

“We’re actually speaking from the Aboriginal community about land, culture and heritage and about our rights to access country” she said.