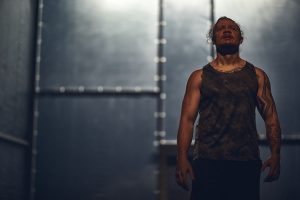 How can a family and community best deal with the devastating impact of suicide? It’s a question that playwright Jada Alberts confronts head on in her first play Brothers Wreck, which is currently on show at the Odeon Theatre in Adelaide.

She believes that open communication is essential and the way to find hope in the face of grief.

“When I first experienced the death of my friend when I was 15 through suicide, I was in a community that didn’t allow me to talk about it and were terrified to even say the word suicide” she told Aboriginal Way.

“I was around adults who would not engage with me in a healthy conversation about this trauma that we had all experienced” Ms Alberts said.

“I found that incredibly destructive personally, and we know that in communities there is a contagion that there can be fear that there is a risk that suicide can set off and trigger other suicide. And for me, I felt, I felt very much that I wasn’t able to speak about it” she said.

That lack of communication was particularly difficult given the higher rates of suicide within the Indigenous community said Ms Alberts.

“I have personally experienced losing people, and most of my family, both immediate and extended, have lost people to suicide.

“I wrote this to remind myself and to remind my family and my community that there is so much love and we can take care of each other, we need to trust each other with being honest with each other and honest with ourselves. And there’s healing in that” she said.

The bottling up of emotions and dealing with responses to pain is at the core of the story and characters within Brothers Wreck, Ms Alberts says.

“The play really is about trauma and how we carry it and how this young man carries it” she said.

“The main character in the play, Ruben, he carries it by shutting off from people and pretending that he’s strong.

“He uses his masculinity in a way that is destructive, and he uses alcohol in a way that’s destructive. His family, who love him dearly and have also experienced trauma in different ways, rally around him, and his community as well.” she said

The current production of Brothers Wreck is a co-production between Malthouse Theatre in Melbourne and State Theatre of South Australia, after it was first produced in 2014 by Belvoir Street Theatre in Sydney.

As well as being the writer of Brothers Wreck, Ms Alberts has directed this production of the play. She says it’s been a positive experience made easier by the first production in Sydney.

“I’ve enjoyed it. I’ve had the luxury in that I knew that the play and the back of the play was broken the first time it was done.

“Given that this one had been produced before, it meant that a lot of the kinks in the play were ironed out” she said.

Being the playwright also had its advantages when she came to directing Ms Alberts explained.

“There’s a little bit less work that I had to do because I really understood the people in the play and the characters. Because they came from my family and they came from my brain. And so all of that knowledge was already there, which was handy” she laughed.

Her knowledge of what works in the theatre has also expanded since she wrote this debut play she explained.

“I think I saw what the theatre was capable of in the three, four years since I’d written it.

“This was my first play, and so it’s quite filmic on the page. And what we, what we did this time is, given that I have a bit more experience in the theatre and wanted to explore different things, we really shifted it into an abstract space rather than a, something more domestic and natural” she said.

Despite the difficult topic, Ms Alberts says that there are rewards for those who engage with the concepts in the play.

“I think it’s a natural response to want to not engage with difficult things. Sometimes we try to self-preserve in that way.

“But if we don’t talk about these things and if we don’t look at them, then that’s when we start to lose the battle against these horrible things that we all experience” she said.

“Ultimately I do want everybody know that it’s a hopeful story. It’s a story about how, if we lean on each other, that we can, that we can carry this together, that no one has to do it by themselves. Because we all experience it in different ways” Ms Alberts said.