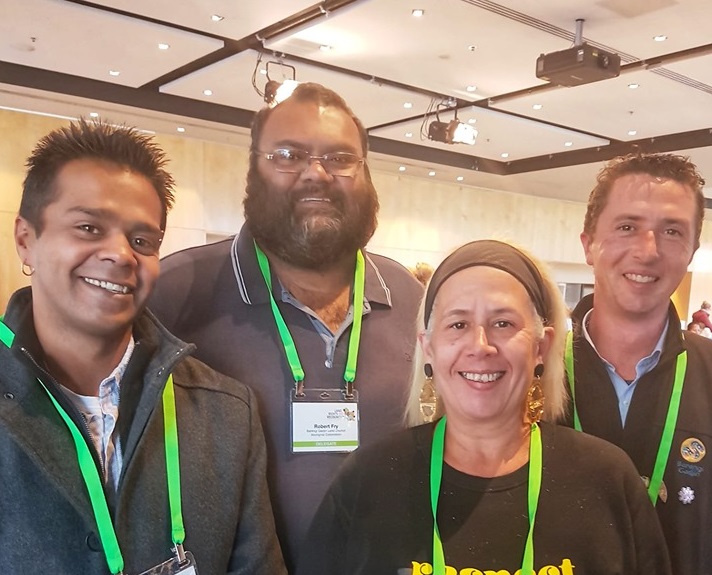 Dylan Clarke On Treaty In Victoria

On Aboriginal Way radio this week, we hear from Dylan Clarke, Chairperson of the Barengi Gadjin Land Council which represents Traditional Owners from the Wotjobaluk, Jaadwa, Jadawadjali, Wergaia and Jupagulk peoples in Victoria.

Kaliah Alice caught up with Dylan Clarke at the National Native Title conference in Melbourne earlier this month, and he provided some insight into treaty advancement in Victoria and the need for constitutional recognition.

Pic:  Dylan Clarke, left with representatives from the Barengi Gadjin Land Council at the National Native Title Conference in Melbourne in June 2019